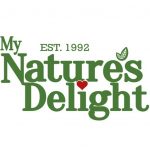 Ginkgo Biloba is the oldest species of tree and has been shown to live for 1,000 years. Currently, Ginkgo is the most widely prescribed herb in Germany. Ginkgo is most commonly known for being a stimulant of the brain. Studies have shown that Ginkgo can improve circulation. Ginkgo has also been found to relieve fluid retention for women experiencing symptoms of PMS. The standard dosage of ginkgo is 40-80 milligrams standardized.